ISLAMABAD: The Pakistan Atomic Energy Commission (PAEC) developed soybean lines for spring and autumn cultivation and its intercropping with sugarcane and maize.

In a statement, PAEC spokesperson Shahid Riaz Khan said we have developed soybean lines that can be grown both in spring and autumn.

On this great achievement, Chairman PAEC Muhammad Naeem has congratulated the agricultural scientists, technologists and technicians of PAEC for this commendable work in agri-sector, he said, adding in a recent visit to the experimental fields at the National Institute for Biotechnology and Genetic Engineering (NIBGE) and Nuclear Institute for Agriculture and Biology (NIAB) of PAEC at Faisalabad, the Chairman of Pakistan Agriculture Research Council (PARC), Dr Muhammad Azeem Khan and Chief Executive Punjab Agricultural Research Board Dr Abid Mahmood appreciated the successful development of these soybean lines after witnessing the NIBGE and NIAB soybean field trials.

Both have appreciated and recognised the PAEC achievements for the development of agriculture and improvement in socio-economic status of the livelihoods of farmers in the country. They also appreciated the efforts of PAEC for the establishment of soybean cultivation in Pakistan as Pakistan imports soybean worth one billion US dollars each year.

Since 2015, the PAEC institute at Faisalabad, (NIBGE), is working on this very important crop (a new research programme), funded by the Punjab Agricultural Research Board (PARB) for its adaptation in Pakistan.

Soybean is a major oilseed crop in the world and contributes more than 100 billion US dollars to the world economy. It contains 20-30pc oil, 40-45pc protein and important minerals. It is the source of 25pc global vegetable edible oil and 75pc of protein for poultry/livestock feed. Soybean has wide range of adaptability and cultivated in many countries, including China.

In Pakistan, soybean is cultivated in very limited area. Due to this, its production is negligible, needs are met by import at value of about one billion US dollars. However, there is a renewed interest in the crop, both at federal and provincial levels due to its importance as a source of protein in poultry industry, edible oil, less water requirements and improvement in soil health.

There are several challenges to this crop in our country.

The first challenge is limited diversity in germplasm, lack of well adapted, disease resistant soybean genotypes and lack of photo-insensitive soybean lines for different regions of Pakistan. Currently, only 2-5 soybean cultivars are available in the country for general cultivation, which produce economical yield only under short-day conditions (autumn seasons).

Successful demonstration of sugarcane-soybean and maize-soybean intercropping system is a way forward for increasing soybean cultivation area and production. He termed this development a great achievement in the agriculture sector. The PAEC’s four agriculture research centers NIA, NIAB, NIFA and NIBGE have developed more than 125 varieties of different crops which are of high yield and disease resistant suitable for the cultivation in different climatic regions of the country.

Currently, our country is spending around one billion US dollars on import of different soybean commodities such as soybean seed, oil and soymeal to feed our rapidly growing poultry, livestock and fisheries sector. Due to the continual growth of these sectors, import bill for these quantities is increasing continuously. Furthermore, Pakistan is spending a heavy amount of three billion US dollars to fulfill edible oil requirements of our rapidly growing population. Due to this growth, import bill is also increasing day-by-day. Therefore, work on the soybean crop will help our country to decrease import bill for above-mentioned commodities. Moreover, self-sufficiency in edible requirement can bring down the edible oil prices thus directly benefitting the poor masses.

Pakistan has been growing high delta crops such as rice, sugarcane and maize. To meet water requirement, water is pumped out through tubewells. The water level is fast decreasing and, therefore, a low delta crop such as soybean is very much required to reverse the trend.

Unfortunately, soil health of cultivated land is deteriorating continuously due to extensive area under cultivation of cereal crops while legume crops contribute only 5pc of the total cultivated land area which is alarming for soil health.

As soybean is a legume crop, therefore, its cultivation will enhance soil fertility by its natural nitrogen fixation characteristics and addition of organic matter, which will be very helpful for follow-up crop. It will result in decreased use of in-organic fertilisers which will ultimately slowdown environmental risks in longer-run.

Soybean is a source of quality vegetable oil, proteins, essential amino acids, and essential fatty acids. Different products such as soya milk, tofu, fortified wheat flour by mixing soybean seed flour to add protein in wheat flour etc., are being used in the world. Therefore, inclusion of soybean food products in eating habits of our common public could improve their nutritional status. Furthermore, presence of quality proteins, fats and minerals in soybean meal may improve the nutrient level of feed for poultry and and livestock. 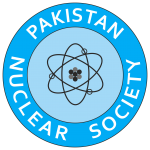