The months of August and September brought some great news for Pakistan’s nuclear profile at international level as well as the prestige of nuclear scientists at home. On the other hand, these months saw double setbacks in the form of cancellation of planned PNS events in Islamabad and Quetta; both attributed to decisions of proposed host institutions’ authorities. The orderly and well-planned closing down of KANUPP-1 after 50 years of operations took place on 1st August 2021. It was a historical occasion, because the commissioning of this first nuclear power plant in Islamic world  and successful continuation of service through indigenous technical and material resources, reflected Pakistan’s overall nuclear capability. Unfortunately, this event could not be projected too prominently in the media in Pakistan or abroad, due to lack of public functions in compliance with COVID-19 precautions issued by the Government of Sindh. Then, in the middle of August, on the occasion of Pakistan’s 74th Independence Day, came the news that a number of prominent nuclear scientists and engineers have been conferred prestigious national civil awards. Eleven of these awardees happen to be lifetime members of PNS, including the Chairman of Pakistan Atomic Energy Commission, who was honoured with the highest-level award, ‘Nishan-i-Imtiaz’. Following this glad news, came international accolades for Pakistan’s pavilion at IAEA Headquarters in Vienna with the theme, “Nuclear Technology for Life”. This exhibition coincided with the 65th General Conference of IAEA (20-24 Sept. 2021)and showcased Pakistan’s expertise of nuclear science and technology in the fields of agriculture, biotechnology, health care, nuclear power generation and training of personnel. On that occasion, the Director General IAEA, Mr. Rafael Mariano Grossi, delivered the “Outstanding Achievement Award” to PAEC’s Agriculture research centre, ‘Nuclear Institute for Agriculture and Biotechnology (NIAB) Faisalabad’, in recognition of major achievements in plant mutation breeding and related biotechnologies, as previously announced. The Award was given to joint winners, Mr. Manzoor Hussain, Mr. Kashif Riaz Khan, Mr. Sajjad Haider, Mr. Hafiz Mumtaz Hussain and Mr. Allah Ditta of NIAB Faisalabad. Similarly, for the achievements in the same fields, Mr. Muhammad Kashif Riaz Khan from PAEC received the “Young Scientist Award”. To top it all, Pakistan was elected as member of the Board of Governors of IAEA.

In spite of the cancelled events of PNS during the preceding two months, it is worth noting that the Society remained fully engaged with its organizational matters during that period and successfully completed the process of appointing contact persons in different establishments. After extensive consultations, the Society has now prepared a plan for the re-employment of highly qualified individuals, who are willing to play a role in the scientific and industrial development of the country, beyond their ‘superannuation’ at age 60. Other issues, such as, the effect of high rate of inflation on pensioners and improvement of housing and medical facilities will also be taken up with the competent authorities responsible for the governance of strategic organizations in Pakistan. To be successful in these endeavours, it is of paramount importance that PNS members participate actively in its programmes and initiatives. The first step in this direction would be to engage with PNS Council, through conveying their comments, constructive criticism, practical suggestions and offer of voluntary work in support of Society’s activities. All such communications will be highly appreciated. We will be looking forward to the feedback from our esteemed members. 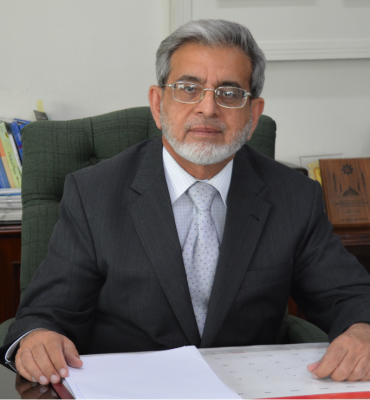